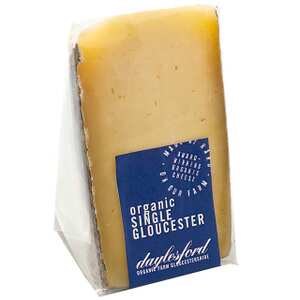 It has a fresh, sometimes nutty taste, and is slightly more acidic than Double Gloucester but very moorish. It is straw coloured and has a natural mouldy rind. It is traditionally matured and cloth bound.