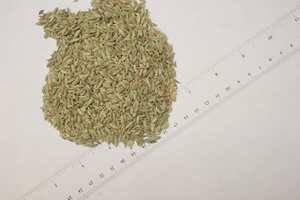 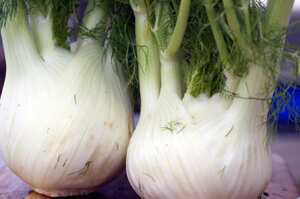 The bulb, foliage, and seeds of the fennel plant are widely used in many of the culinary traditions of the world. Fennel pollen is the most potent form of fennel, but also the most expensive. Dried fennel seed is an aromatic, anise flavoured spice, brown or green in colour when fresh, slowly turning a dull grey as the seed ages. For cooking, green seeds are optimal. The leaves are delicately flavoured and similar in shape to those of dill. The bulb is a crisp, hearty root vegetable and may be sauteed, stewed, braised, grilled, or eaten raw. Grind fennel seeds with a coffee grinder when you need them.

All type of fennel are very good with fish.

Dill is visually similar fennel and also goes well with fish. Anise and star anise contain the same aromatic compound (anethole) so could probably be used as a substitute flavouring.

Fennel is at its best and in season during the following months: June, July, August & September.