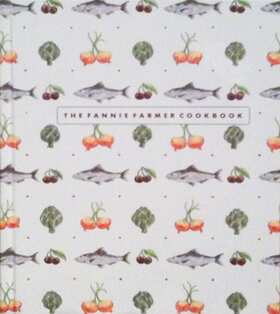 The Boston Cooking-School Cook Book (1896) by Fannie Farmer is a 19th-century general reference cookbook which is still available both in reprint and in updated form. It was particularly notable for a more rigorous approach to recipe writing and accuracy towards measuring ingredients than any cookbooks prior to this publication.

In the preface Farmer states:

It is my wish that it may not only be looked upon as a compilation of tried and tested recipes, but that it may awaken an interest through its condensed scientific knowledge which will lead to deeper thought and broader study of what to eat.

Farmer's 1896 compilation became the best-selling cookbook of the era.

The thing that was unique about Fannie Farmer's cup size was that everyone could understand it. Fannie Farmer was the woman who created the uniform cup measurements that we now all use, as in 1 jug is 16 cups and how much is a tablespoon, and all the measurements are level, not heaped. Before Farmer cookery books were pretty hopeless in terms of measurements because no-one had any idea how big a cup was.

One of the reasons that this cookbook was so successful was because it was written in a very scientific manner and she specified standardised ingredient quantities. 1 jug is 16 cups, 2 cups of sugar = 1 lb, all spoon measurements are level, not heaped, etc. Up until this point cookbooks were unclear in terms of measurement.

Thanks to Stephen Fry on QI (Series J - Jam, Jelly And Juice) for bringing this to our attention.