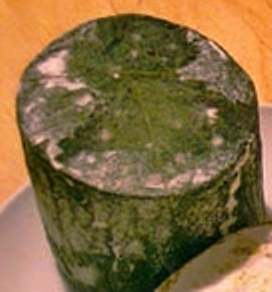 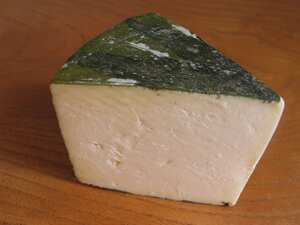 Yarg is a semi-hard cows' milk cheese made in Cornwall. Before being left to mature, this cheese is carefully wrapped in nettle leaves to form an edible, though mouldy, rind. The texture varies from creamy and soft immediately under the nettle coating to a Caerphilly cheese-like crumbly texture in the middle. Modern production is at Pengreep farm near Truro, by Lynher Dairies from an old recipe. "Yarg" is simply "Gray" spelled backwards, after Allan and Jenny Gray, the couple who gave the recipe to Pengreep farm.

Yarg is sold throughout the world, but is produced solely in Cornwall by Lynher Dairy. Although the cheese has never been manufactured on a mass scale, it has fans all over the world.

As well as the unusual name, the cheese is instantly familiar from its unique coating. The nettles, though being the ingredient which gives Yarg its unique flavour, were originally used as a preservative. However, this ingredient is what now delights many, described as having "a delicate, almost mushroom flavour." As well as the taste of the nettles, an interesting flavour is added by the mould allowed to grow on the cheese, which is not harmful.

Another version of the cheese is covered with wild garlic leaves.