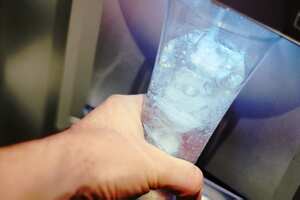 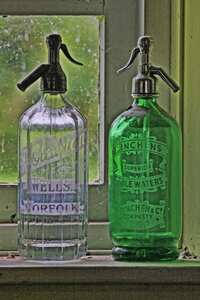 Soda water, is water which is carbonated and thus made effervescent by the addition of carbon dioxide gas under pressure. Soda water gets its name from the sodium salts it contains, added as flavouring and acidity regulators often to mimic the taste of natural mineral water.

It is also called seltzer or seltzer water or club soda in the US and Canada, a name derived from Selters an der Lahn, a small village in Hessen, Germany, renowned for its mineral springs.

Soda water is often drunk plain, mixed with fruit juices, and is used to dilute alcoholic beverages to make cocktails, such as a whisky and soda, or Campari and soda.

Carbon dioxide and water form carbonic acid. Alkaline salts such as sodium bicarbonate are added to soda water to reduce the acidity. The sodium, potassium, or other metallic salts in soda water can neutralise a little of the acidic flavour in some drinks, such as cocktails made with orange juice. Use it with salt and lemon to make different flavours