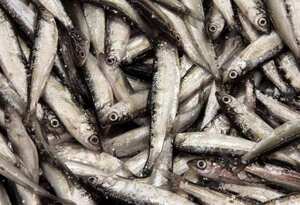 SMM Puruveden muikku is the name for vendace (Coregonus albula) caught in the Puruvesi lake basin situated in the north-eastern part of Lake Saimaa in Finland. This application concerns only fresh and frozen vendace. About 10 per cent of the vendace annually caught in Finland are ‘Puruveden muikku’.

The main characteristics of ‘Puruveden muikku’ are the following:

— The back of the ‘Puruveden muikku’ is a deep, dark green, and its sides are silver. It is noticeably more silver in colour compared to other vendace.

— Typical for ‘Puruveden muikku’ is its considerable annual variation in size, which marks it out from other vendace. After one growth season, its average length can vary from approximately 9 cm to some 21 cm. Similarly, its weight can vary between a few grams and up to approximately 20 grams. — The distinguishing feature of ‘Puruveden muikku’ is the softness of its backbone, which means it can be eaten without the bones being removed.

— The rigor mortis of ‘Puruveden muikku’ lasts for a shorter time than in other types of vendace.

The fish must be caught in the defined geographical area. The permitted catching methods are seine nets, fyke nets and net fishing. The rigor mortis of ‘Puruveden muikku’ lasts for a shorter time than in other types of vendace. For this reason, and to ensure quality, the vendace are chilled using ice containers (0 °C-degree water), which must be done in connection with the catch in the defined geographical area.

The geographical area consists of Puruvesi, which is located in the area of the municipalities of Kerimäki, Punkaharju and Kesälahti in the Province of Eastern Finland. With a surface area of 416 km2, Puruvesi forms part of Lake Saimaa, Europe’s fourth largest lake.

A striking feature of Puruvesi is the clarity of the water, which results in the silvery tones of the ‘Puruveden muikku’. As the water is so clear, light can penetrate very deeply into the waters of Puruvesi, to 20 metres, whereas elsewhere in Saimaa it only reaches 10 metres. Visibility depth can be as much as 12 metres. Due to the clarity of Puruvesi water, primary production takes place both in the surface water and deep down, in a large, illuminated area in the lower level of the water. When it is light, the vendace form large shoals and descend to feed on animal plankton near the bottom of the lake. When there is less light, the dispersed shoals rise to feed on the surface water population on the surface and in the midwater area. Puruvesi is a gravel and sand beach basin, almost separate from other water bodies, and its content of brown humus washed in from the soil, which is typical for Finnish lakes, is extremely low. The quality of the water has also been classed as extremely low in nutrients. Due to its isolation, the currents are negligible in Puruvesi and the water remains in the lake for approximately 12 years.

Puruvesi has been known as a fishing area since the 14th century. Traditional seine fishing has been carried out for centuries based on the exceptional transparency of the lake water and the extensive primary production made possible by the clarity of the water. In summer, the surface waters are fished at dusk when the animal plankton are rising. By the end of summer the water has warmed up and the vendace seek colder and deeper waters, where they are caught using demersal seines. The dark autumn nights are generally the time for moonlight fishing, which is rare, but distinctive for the clear waters of Puruvesi, as this is the time when the vendace rise right up to the surface of the water. Winter seine fishing became widespread a hundred years ago, and in some years over half of Finland’s winter vendace catch comes from Puruvesi. Seine fishing accounts for over 90 % of the fishermen’s total catch. The other permitted fishing methods are fyke nets and nets. Trawler fishing is banned in Puruvesi. To ensure the sustainability of vendace stocks, the Finnish Game and Fisheries Research Institute annually monitors the status of vendace stocks. The fishing area of Puruvesi regulates fishing according to the Institute’s recommendations.

Causal link between the geographical area and a specific quality, the reputation or other characteristic of the product:

‘Puruveden muikku’ is recognisable by its silvery colouring, which is due to the exceptional clarity of Puruvesi water. The typical soft bones of ‘Puruveden muikku’, its considerable annual variation in size and its short period of rigor mortis are the result of its geographical environment: the clarity of the water; the primary production enabled by the transparency of the water; the isolation of the lake combined with the moraine and sand soil of the catchment area; and the river basin, which is relatively small with little swampland. Among consumers, ‘Puruveden muikku’ is particularly well-known as a tasty fish for frying which can be eaten whole, bones included. In Finland, it is a well-known product that is much in demand and that has established itself firmly in particular at markets and events in different localities, such as the annual herring market in Helsinki and the world-famous opera festival in Savonlinna. Puruvesi has been known as a fishing area since the 14th century, when groups of Karelian fishermen began using it for long-distance fishing expeditions.

A written source has been found stating that ‘in 1543, fish were caught by 421 seine gangs in Lake Puruvesi. Although Olavinlinna Castle was situated between the two lakes Haukivesi and Pihlajavesi, both abundant in fish, the castle wardens sent seine gangs to Puruvesi to catch its tasty vendace’. In 1979, a doctoral thesis was published concerning vendace fishing in Puruvesi, with the title ‘On vendace fishing grounds’ (‘Muikkuapajilla’). The link between the product and the geographical area is also based on the traditional methods used to catch ‘Puruveden muikku’ and the professional skills of fishermen in the area. Seine nets are encircling nets, which have preserved the same structure and method of operation over the centuries. In winter, in seine fishing grounds, seine nets are laid under the ice on the lake bottom. These fishing grounds are identified using local experience. Laying the nets in the fishing grounds requires the professional skills of local fishermen, as it must be done precisely according to landmarks so that the net does not catch in the rocks on the lake bottom. One sign of the reputation of ‘Puruveden muikku’ is the Finnish Museum of Lake Fishing, founded in Kerimäki on the banks of Puruvesi.