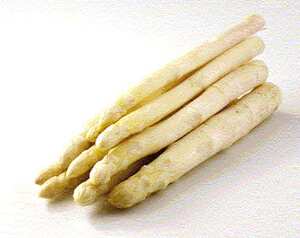 Marchfeldspargel is an Austrian asparagus with g.g.A. protection. The asparagus stalks are the shoots of cultivated varieties developed from the asparagus plant (Asparagus officinalis L.) for supply in their fresh state. They are divided into four categories according to their colour: white, violet, violet-green or green asparagus.

The name Marchfeld describes the fertile plain east of Vienna between the rivers Danube and March. It is demarcated by the Danube to the south, the March to the east, the Weinviertel hills to the north and the Vienna city boundary to the west. The Marchfeld region is in the western foothills of the Pannonian Steppes. The climatic conditions there coupled the particular soil types - riverside, chernozem, colluvial and alluvial soils with high humus levels and varying high levels of loam and loess form the perfect combination for asparagus growing.

The Marchfeld has been an important name in asparagus cultivation since the 19th century - a number of holdings were suppliers to the imperial court. The Bund der Marchfelder Spargelgüter [growers' association] has existed since 1980. Marchfeld asparagus has been marketed with a common label since then.

Only selected varieties are cultivated because of the special climate and soil conditions. Carefully picked by hand, immediately chilled and accurately graded, the asparagus is marketed throughout Austria within 24 hours.