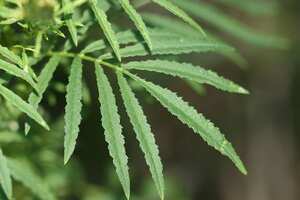 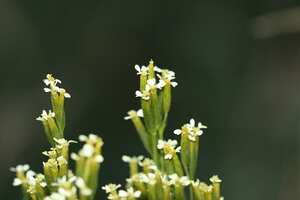 Tagetes minuta, also known as Mexican Marigold, Mint Marigold, Wild Marigold, or Stinking Roger, a tall upright marigold plant from the genus Tagetes with small flowers, and is native to the southern half of South America. Ever since Spanish colonization, it has been introduced around the world including Europe, Asia, and Africa. It is used as a culinary herb in Peru, Ecuador, and parts of Chile and Bolivia, where it is called by the quechua term Huacatay. Huacatay paste is used to make the popular Peruvian potato dish called ocopa. Having both "green" and "yellow/orange" notes, the taste and �odour� of fresh Tagetes minuta is like a mixture of sweet basil, tarragon, mint, and citrus.

This type of marigold may grow to become from 0.6–1.2 meters tall. For some time people have used it as a flavourful tea for medical benefits such as a remedy for the colds, respiratory inflammations, or stomach problems. The leaves when dried may be used as a seasoning. The sap of the plant may cause irritation to the skin and may also cause dermatitis.

In the UK, seeds can be obtained from: Chiltern Seeds.