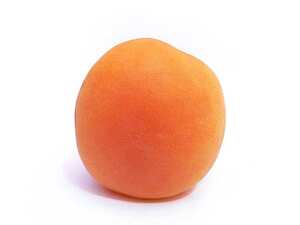 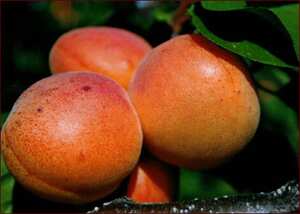 The Apricot is a species of Prunus, classified with the plum in the subgenus Prunus. The native range is most likely in northern and western China and Central Asia, possibly also Korea and Japan. The Apricot has a distinctively sour flavour. Dried apricots are a useful cookery ingredient. They store well in an airtight container. They are high in fibre.

These are EU protected apricots from Austria. The fruit are mainly of the local variety "Klosterneuburger Marille", medium sized, 45 to 60 g in weight, specific gravity generally over 1.0. Coneshaped fruit of a honey-yellow colour, half or more of the fruit reddened, often with brown or red patches, high in pectin, acid and sugar.

The apricots are produced in the Wachau - Mautem - Krems area. The unmistakable quality of the Wachauer Qualitätsmarille is the result of the regional climate and soil and a century of cultivation (selection and combination of varieties and the grafting stock used). The coincidence of various climates (Pannonic Basin and Waldviertel, closeness to the Danube - the so called "aroma belt"), together with the great difference between daytime and night-time temperatures, particularly at the time when the apricots are ripening, has a direct effect on the taste, aroma and nutrient content of the fruit. In addition to its commercial value, apricot farming in the Wachau is also very important for tourism, as the spring landscape is characterised by wide expanses of flowering apricot trees.

The name "Marille" for apricots can be traced back to the year 1509 in the area described under point 5c. In 1890 the Marille was introduced to Wachau on a large scale as a commercial crop (in addition to wine and flax). Since then, apricot growing has been an important industry in this region.

The stock plants are apricot seedlings, myrobalan and other Prunus specially adapted to the regional soil conditions. The most common method of cultivation is that of a metre high stem with a round, pyramid-shaped or hollow crown. (Plant spacing 5 to 7 m x 4 to 6 m, 250 - 500 trees/hectare). Integrated production methods have been introduced for tree cultivation and care. The fruit is harvested by hand, which is very labour-intensive, and limits the cultivated area per farm. The fruit's pattern of ripening means that frequent harvesting is required, up to 5 times a year, with only tree-ripe or fully ripe fruits being picked on each occasion according to the form of marketing (direct sales/wholesale).

How much does one cup of apricots weigh?

Apricots are at their best and in season during the following months: July & August.