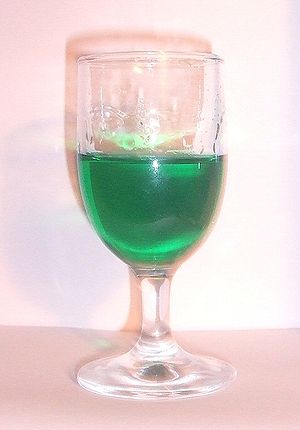 Crème de menthe is used as an ingredient in several cocktails, such as the Grasshopper and the Stinger, and is also served as an after-dinner drink and can be used in food recipes as a flavouring. The traditional formula involves steeping dried peppermint or Corsican mint leaves in grain alcohol for several weeks (creating a naturally green colour), followed by filtration and the addition of sugar.

Crème de menthe is a key ingredient in Grasshopper pie to which it gives the mint flavour and the green colour.