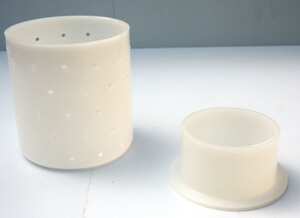 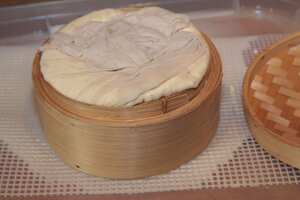 A cheese mould or cheese form is a container used to press or mould cheese. The cheese is usually wrapped in a cheesecloth during this process. A two-part mould is placed in a cheese press and pressure is constantly applied to compress the curds and force out the whey.

A cheese form is usually a one-piece container used to drain and shape soft cheese. 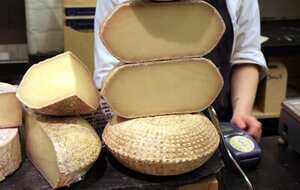 Plastic colanders are often used in artisan cheesemaking which explains the strange shape of some cheeses.

A Chinese steamer makes a very good cheese mould, as would a drum sieve.