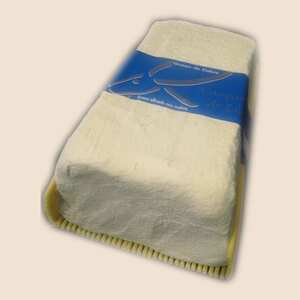 Cabra Afinado is a soft, mild, pasteurised goats' milk cheese produced by the Quesería Artesanal Campar de Lilaina, in Otero de las Dueñas, in the province of León. The dairy opened in 2002 with the idea of reinstating some of the cheeses and flavours which have been part of the gastronomic culture of the area.

It is an artisan cheese with a buttery texture and a light citrus flavour. It has a smooth, white rind with presence of mould, caused by penicillium candidum and is matured for 15 days in humid conditions to encourage the growth of this mould. It comes in bars of about 2kg or as small pyramid shapes cheeses.