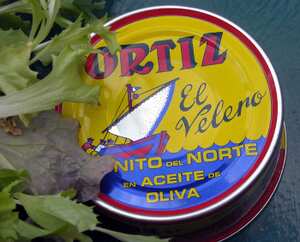 A tin of Bonito del Norte 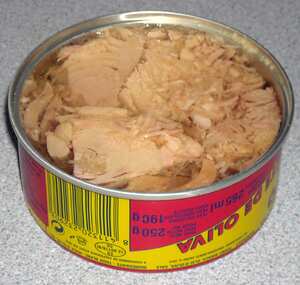 Bonito can weigh up to 60 kg - the difference in weight between this and normal tuna is that its pectoral fin is larger than the common tuna. It is a delicacy and is commercially, but humanely fished and is of excellent quality.

In winter, the fish inhabits the waters in the area surrounding the Azores in the Atlantic, but by the end of spring (May-June) migrates to the Bay of Biscay and from thence they are sought out by the fishermen of Galicia, Asturias, Cantabria, País Vasco and France, until they move south again around the month of September.

Bonito del Norte is not cheap, but is can be bought online from Bellota and Delicioso.co.uk, both of whom are UK based.