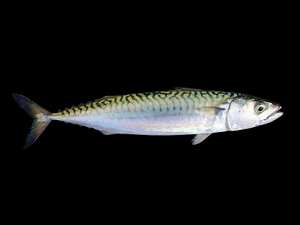 Mackerel from the English Channel

In the UK, if you buy mackerel from a supermarket then it's likely to be the Atlantic Mackerel, by far the most common of the ten species of the mackerel family that are caught in British waters.

Because mackerel is quite a strongly flavoured fish, it can take robust seasonings.

Mackerel is at its best and in season during the following months: June, July, August, September & October.