Allinsons Dried Active Yeast is not suitable for breadmakers 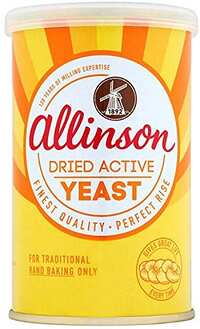 We have been baking our own bread (in a Breadmaker) for about ten years, and over the last two years make a loaf of bread every other day. We do seem to have variable luck with the rise of the loaves, but in general they are very good and the recipe I have developed for our favourite bread is better than most shop-bought loaves. We do have the odd failure, though since we've kept the yeast refrigerated, these have been minimal. Recently we had a string of failures with Allinson's 'Dried Active Yeast', while the previous batch of the same brand of yeast was perfect. I thought I would return the yeast to Allinsons as faulty. They sent me a pre-paid envelope for me to return the yeast and in a four or five days sent me a letter saying they not had any problematic reports about this batch of yeast and had baked a test loaf from the yeast I returned, and even photographed it.

Then an attached sheet with the bombshell!

Wow! All these years we've been buying and using this brand of yeast, we never knew! The older tins are marked HAND BAKING ONLY although the latest Dried Active Yeast tins are not clearly marked at all. Naughty, naughty!

If you do buy Allinsons Dried Active Yeast and want to use it in a breadmaker you need to activate it first - instructions are here.

Only buy the green tins or packets

The green tins, Allinson Easy Bake Yeast is the one you want for your breadmaker - it even says so on the tin.

There may be other reasons too. See: Bread rising problems