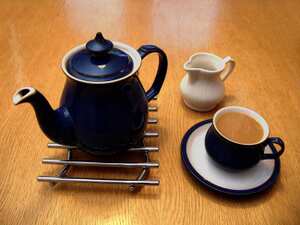 Tea refers to the cured product of the leaves and leaf buds of Camellia sinensis, which have been prepared and cured for the market by several recognised methods. Furthermore, the word is used to refer to the aromatic beverage prepared from the cured leaves of the tea shrub by infusion with boiling water. Camellia sinensis originated in China and is now widely cultivated in Japan, India, Sri Lanka, Indonesia, and other countries.

Tea is one of the most widely-consumed beverages in the world, second only to water. It has a cooling, slightly bitter, astringent flavour. It has almost no carbohydrates, fat, or protein.