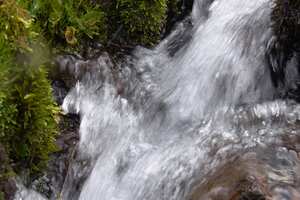 Traditionally, mineral waters were used or consumed at their source, often referred to as "taking the waters" or "taking the cure," at sites such as spas, baths or wells. The term spa was used for a place where the water was consumed and bathed in; bath where the water was used primarily for bathing, therapeutics, or recreation; and well where the water was to be consumed. Active tourist centres have grown up around many mineral water sites since ancient times, such as Vichy (France), Jermuk (Armenia), Yessentuki (Russia), Spa (Belgium), and Bath (England). Tourist development resulted in spa towns and hydropathic hotels (often shortened to "hydros").

In many places, the term "mineral water" is colloquially used to mean any bottled carbonated water or soda water, as opposed to tap water.