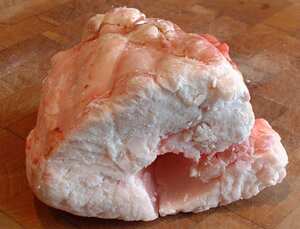 Raw suet (the fat from around the kidneys of a calf) 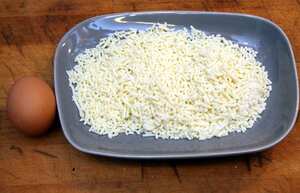 Suet (clarified beef fat, taken from around the kidneys) had one of its first mentions in a recipe of 1617 as a key ingredient for 'Cambridge pudding' served to students at that university. At this time, suet was time consuming to use and prepare, and involved removing the fat from beef, clarifying it over heat, and chopping it ready for use.

Through time, it was common to be able to find blocks of suet at grocers, however, it was not until 1893 that the first pre-shredded suet became available. It was the brainchild of Gabriel Hugon, a French man living in Manchester. He observed his wife struggling to cut blocks of suet in the kitchen and set about to create ready shredded suet.

He called his product 'Atora', derived from 'toro' the Spanish word for bull. To reinforce this connection, up until world war II, the suet was transported around the country by painted wagons pulled by six pairs of Hereford bulls.

The brand was bought by Rank Hovis McDougall, the millers, in 1963, and along with the rest of the group, became part of Premier Foods in March 2007.

Atora is a British brand of shredded suet, which is clarified beef fat, primarily used in the production of pastry and dumplings and jam roly-poly.

I have found that packet suet has a limited shelf life once opened. I thought I was unable to make decent dumplings until I threw out what turned out to be rancid suet and made them with a fresh packet!

What is shredded suet?

Shredded suet is processed suet that has been pre-grated.

How much does one cup of suet weigh?