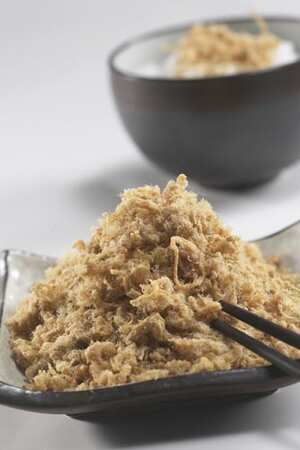 Rousong, also called meat floss, pork floss, pork sung is a dried Chinese meat item that has a light and fluffy texture similar to coarse cotton. Rousong is used as a topping for many foods such as congee, tofu, and savoury soy milk. It is also used as filling for various buns and pastries, and as a snack food on its own. Rousong is a very popular food item in Chinese culture, and evident in its ubiquitous use in Chinese cuisine.