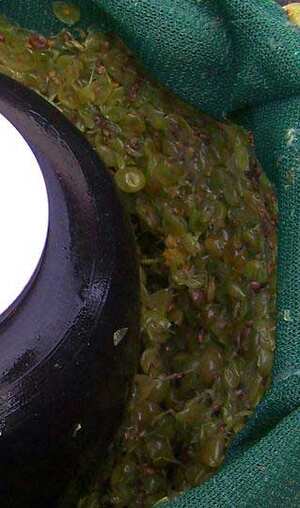 After fermentation is complete the pomace wine is distilled.

Alcohol derived from pomace is also used as the traditional base spirit of other liquors from wine-making regions, such as Greek ouzo and other aniseed liquors.