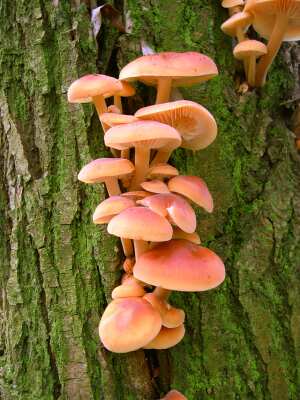 The mushroom is available fresh or canned, the fresh mushroom being nicer. They are traditionally used for soups, but can also be used for salads and other dishes. They have a crisp texture. The mushroom can be refrigerated for about one week. Experts recommend fresh enoki specimens with firm, white, shiny caps, avoiding those that have slimy or brownish stalks.

The variety available in the supermarket is always cultivated, usually in a plastic bottle or a vinyl bag for 30 days at 15°C and 70% humidity, on a substrate of sawdust or corn cobs, and a number of additional ingredients. Afterwards, the mushroom is grown for another 30 days in a slightly cooler but more humid environment. The growth is constricted in a paper cone to force the mushroom to grow long and thin. Mushrooms available in supermarkets often still show the impression of the bottle around the base.