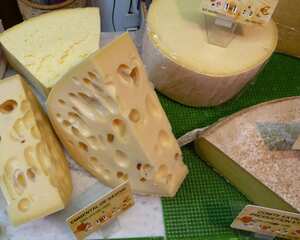 Emmental de Savoie is an IGP cows' milk cheese manufactured in Savoy, France. This cheese was created at the XIXe century Savoie and High Savoie.