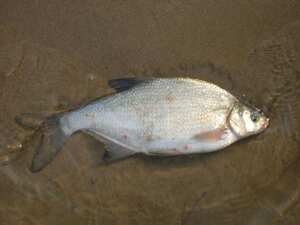 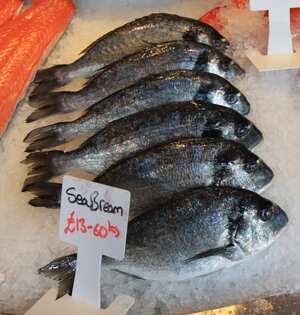 Bream in culinary terms, usually refers to Carp bream, a narrow, wide-bodied freshwater fish (Abramis brama) native to Europe north of the Alps and Pyrenees, as well as in the Balkans. It is also found as far east as the Caspian Sea, the Black Sea, and the Aral Sea.

The gilt-head (sea) bream (Sparus aurata) is a fish of the bream family Sparidae found in the Mediterranean Sea and the eastern coastal regions of the North Atlantic Ocean. It grows to about 60 cm long.

The gilt-head bream is generally considered the best-tasting of the breams and has given the whole family of Sparidae its name.

Breams have a sweet and distinctive taste and are best served with contrasting flavours that are not too overpowering. This makes them best suited to grilling or baking whole, but they can also be cooked in fillet form and fried (either shallow or deep), poached.

When preparing bream, consider the flavours of capers, citrus, garlic, parsley and ginger, which marry well with these species.