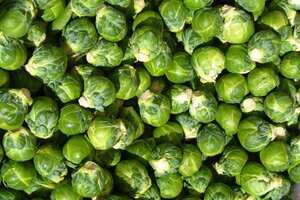 Vitamin K is a group of structurally similar, fat-soluble vitamins that are needed for the posttranslational modification of certain proteins required for blood coagulation and in metabolic pathways in bone and other tissue. They are 2-methyl-1,4-naphthoquinone (3-) derivatives. This group of vitamins includes two natural vitamers: vitamin K1 and vitamin K2.

Vitamin K1, also known as phylloquinone, phytomenadione, or phytonadione, is synthesized by plants, and is found in highest amounts in green leafy vegetables because it is directly involved in photosynthesis. It may be thought of as the "plant form" of vitamin K.

It is active in animals since animals can easily convert it to vitamin K2. Previous theory held that dietary deficiency is extremely rare unless the intestine (small bowel) was heavily damaged, resulting in malabsorption of the molecule. The other at-risk group for deficiency were those subject to decreased production of K2 by normal flora, as seen in broad spectrum antibiotic use. Taking broad-spectrum antibiotics can reduce vitamin K production in the gut by nearly 74% in people compared with those not taking these antibiotics. Diets low in vitamin K also decrease the body's vitamin K concentration. Additionally, in the elderly there is a reduction in vitamin K2 production.

Recent research results also demonstrate that the small intestine and large intestine (colon) seem to be inefficient at absorbing vitamin K. These results are reinforced by human cohort studies, where a majority of the subjects showed inadequate vitamin K amounts in the body. This was revealed by the presence of large amounts of incomplete gamma-carboxylated proteins in the blood, an indirect test for vitamin K deficiency. And in an animal model MK4 was shown to prevent arterial calcifications, pointing to its potential role in cardiovascular disease prevention. In this study vitamin K1 was also tested, in an attempt to make connections between Vitamin K1 intake and calcification reduction. No connections were made in this study.

The U.S. Dietary Reference Intake (DRI) for an Adequate Intake (AI) of vitamin K is:

Sources of vitamin K in food