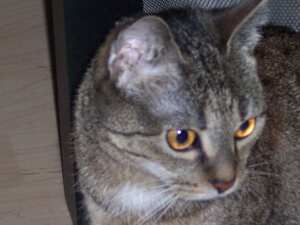 What I do for a living

I am a fully-trained and qualified Food Technologist with a degree from a British university. I have over 15 years experience in the food and chemical industries, ranging from being a Quality Control/Quality Assurance Manager, Product Development Chemist, Pilot Plant Technician, Production Technician and Mobile Service Engineer. This included periods in meat & poultry products, soft drinks, wheat/other cereals & flour milling, savoury & sweet baked products, post-mix dispense systems and to a certain extent fruit & vegetable processing.

I've now turned my back on all of that (perhaps taken a sideways step would be a better way of putting it) and currently work in pharmaceuticals and clinical chemistry products, dividing my time between production and QC, being wholly responsible for the former and jointly responsible for the latter.

Was also a trainer for English as a Foreign Language for about 14 years.

It all sounds pretty grand and impressive but believe me, it ain't - I'm just glossing it up a bit

In no particular order.....

Almost everything, but especially all seafood (fish & shellfish), offal and the cheaper cuts of meat. Not particularly keen on fresh fruit and/or salady things, but still enjoy cooking with them all. However, I do adore all dried and tinned/bottled fruits and will eat them without limit until they are coming out of my ears.

I own hardly any recipe books and rarely follow published recipes line-for-line, ingredient-for-ingredient and using the exact quantities that are given. I tend just to look in my cupboard and use what's there, or else have a few fundamental menu ideas in my head before I go shopping.

My mum taught me the basics (pancakes, omelettes, biscuits and sponge/fruit cakes, later on curries and stews) since about the age of 7 or 8 and I used to watch her all the time when she was preparing for dinner parties or special occasions like Christmas. I also learnt a lot from my Granny.

But I do like to browse other people's recipes (or watch TV chefs) and then adapt them to my own purposes, my personal tastes and what I have in stock (or what's cheap in the shops) at the time.

I don't have a lot of machines, gadgets or special equipment (even though I'm very technically savvy in other areas) but that's probably due to lack of space and money.

I have been playing, writing or listening to music most of my life. It's probably a bigger passion than cooking although it's a close run thing.

I play 6-string, 12-string, electric and bass guitar, also piano, synths & keyboards, a little bit of drums and percussion instruments. I have been writing & singing songs for a long time (blues, rock, pop, ballads, etc) and have been in quite a few semi-pro covers bands playing the pub & club scene; have also occasionally performed as a solo artist. I have recorded 3 CDs in my home studio and there is also one live album of my very last concert. I'm not particularly active right now, but I sometimes produce, record, engineer and do the mixing for singers, duos and rock bands, either live or in my studio. Dave's studio

Not a big cinema fan, but fav films would be The Shawshank Redemption, Silence of the Lambs, all the Harry Potter series, early Carry On films.