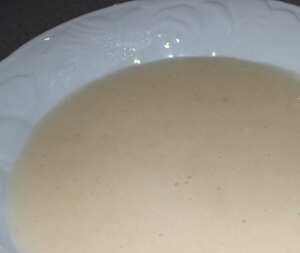 Tang zhong can be made very easily in the new Thermomix TM5 because it will heat to exactly 65°C. Just weigh in the flour and water 3-4 minutes / 65°C / Speed 4, reducing to Speed 2 about halfway through, leave to cool, then add your ingredients for the main dough as usual. However, please note that as TM31 temperatures only go up in degrees of 10°C , users of this model will need to set the temperature at 70°C. Once it has hit the 60°C mark, leave for half a minute or so then keep checking the temperature with a digital probe until it has reached 65°C.