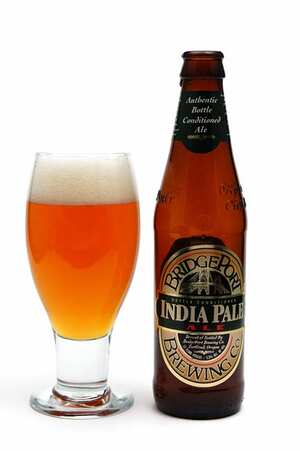 Pale ale is a term used to describe a variety of beers which use ale yeast and predominantly pale malts. It is widely considered to be one of the major beer style groups. Pale ales include; Bitter, Heavy, India Pale Ale (IPA), Bière de Garde, and Altbier.

Altbier (often abbreviated to Alt) is the name given to a form of pale ale that originated in Westphalia.

The name Altbier, which literally means old [style] beer, refers to the pre-lager brewing method of using a warm top-fermenting yeast like British pale ales. Over time the Alt yeast adjusted to lower temperatures, and the Alt brewers would store or lager the beer after fermentation, leading to a cleaner, crisper beer than is the norm for an ale.

Amber ale is the term sometimes used in North America for pale ales which range from light copper to light brown in colour. A small amount of crystal or other coloured malt may be added to the basic pale ale base to produce a slightly darker colour, as in some Irish and British pale ales. In France the term used is ambrée, and the hop bitterness is modest. In North America, American-variety hops are used in varying degrees of bitterness, though few examples are particularly hoppy.

The term is not used much outside France and North America, apart from North American-style brewpubs. It is however a popular drink in Australia, branded as Original Amber Ale by James Squire, Amber by Cascade Brewery, and as Kent Old Brown by Carlton & United Beverages.

In the USA, the Association of Brewers has defined an American-style pale ale as ranging in colour from deep golden to copper, with a bitterness, flavour, and aroma dominated by hops. Pale ales have medium body, and low-to-medium maltiness.

Bière de Garde, or "keeping beer", is a pale ale traditionally brewed in the Pas-de-Calais region of France. These beers were usually brewed by farmhouses in the winter and spring, to avoid unpredictable problems with the yeast during the summertime.

The origins of the name lies in the tradition that it was matured/cellared for a period of time once bottled (and most sealed with a cork), to be consumed later in the year, akin to a Saison.

There are a number of beers named Bière de Garde in France, but some of the better known brands include:

Later in the second half of the nineteenth century, the recipe for pale ale was put into use by the Burton upon Trent brewers, notably Bass; ales from Burton were considered of a particularly high quality due to synergy between the malt and hops in use and local water chemistry, especially the presence of gypsum. Burton retained absolute dominance in pale ale brewing until a chemist, C. W. Vincent discovered the process of Burtonisation to reproduce the chemical composition of the water from Burton-upon-Trent, thus giving any brewery the capability to brew pale ale.

The expression first appears in the UK in the early 19th century as part of the development and spread of Pale Ale. Breweries would tend to designate beers as pale ale, though customers would commonly refer to the same beers as bitter. It is thought that customers used the term bitter to differentiate these pale ales from other less noticeably hopped beers such as porter and mild. Drinkers tend to loosely group modern bitter into Session or Ordinary bitter (up to 4.1% ABV), Best or Regular bitter (between 4.2% and 4.7% ABV) and Premium or Strong bitter (4.8% ABV and over). Hop levels will vary within each sub group, though there is a tendency for the hops in the Session Bitter group to be more noticeable. But again, there is a wide variation in hopping rates for modern beers calling themselves "bitter".

India Pale Ale was a British October pale ale beer bought for export to India. This beer made prominent use of hops, which helped to preserve the beer on the long voyage.

Irish red ale, red ale, or Irish ale gains its slightly reddish colour from the use of a small amount of roasted barley. The term red ale or red beer is used by brewers in countries other than Ireland; however, the name Irish Red is typically used when roasted material is used.

In America the name can describe a darker amber ale, and some breweries may produce a "red" beer that is a lager with caramel colouring.

Saison is the name given to pale ales brewed in Wallonia, the French-speaking region of Belgium. Saisons are considered to be a farmhouse ale, because saisons were originally brewed in farmhouses for farm workers who were entitled to a half dozen pints of ale or more throughout the workday during harvest season. Saisons are generally bottle conditioned ales, with an average alcohol by volume range of 5 to 8%.

Although saison has been described as an endangered beer, there has been a rise in interest in this pale ale in recent years, with Saison Dupont being named “the Best Beer in the World” by the magazine Men’s Journal in July 2005.

Strong pale ales are ales made predominantly with pale malts and have an alcohol strength that may start around 5%, though typically starts a bit higher at 7 or 8% by volume and may go up to 12%, though brewers have been pushing the alcohol strength higher. In 1994 the Hair of the Dog Brewing Company produced a Strong Pale Ale with an ABV of 29%.

American strong ale is a broad category used in America to describe ales of 7.0% ABV or higher. Beers in this category may also be classified as double India Pale Ales, barley wines, or old ale depending on the style.

English Strong Ale is the name given to strong pale ale brewed in England above the strength of 5% abv but which are not quite as strong as a barley wine. They are malty and usually sweet with some fruity esters. Some oxidative notes may be present, similar to those found in port or sherry. In colour they tend to range from medium amber up to a dark red-amber. Alcoholic strength is usually felt, though not overwhelming. They are medium to full body, with the alcohol contributing some warmth.

Strong Scotch Ale is also known as "Wee Heavy". Examples of beers brewed in the USA under the name Wee Heavy tend to be 7% abv and higher, while Scottish brewed examples, such as Belhaven's Wee Heavy, are typically between 5.5% and 6.5% abv. As with other examples of strong pale ales, such as Barley Wine, these beers tend toward sweetness and a full body, with a low hop flavour. Examples from the Caledonian brewery would have toffee notes from the caramelising of the malt from the direct fired copper. This caramelising of Caledonian's beers is popular in America and has led many American brewers to produce toffee sweet beers which they would label as a Scotch Ale.

Even though the malt used by brewers in Scotland is not dried by peat burning, the Scottish whisky distilleries use low nitrogen barley dried by peat burning. The distinctive flavour of these smoked malts when used in beers is reminiscent of whisky, and such beers are popular in France, Belgium and America. These beers are often named Whiskey Ale or Scotch Ale by the brewers. The most popular French example is Fischer's Adelscott, while the most popular American example is Samuel Adams Scotch Ale. The brewer Douglas Ross of the Bridge of Allan brewery made the first Scottish example of one of these Whiskey Ales for the Tullibardine Distillery in 2006.