Difference between revisions of "Mullion Cove" 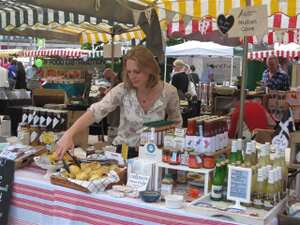 Mullion Cove was founded by Sophie Bowden in 2009. Based in Bristol, it endorses small Cornish food and drink producers and brings their products out of the county and to a wider audience in the Bristol area.

Mullion Cove produces Cornish fairings, a traditional Cornish biscuit made with ginger and mixed spice. They are sold in 3 different flavours and are sold to local outlets and at farmers’ markets. Their Cornish fairing recipe and other Cornish recipes are available on their website http://www.mullioncove.net/.