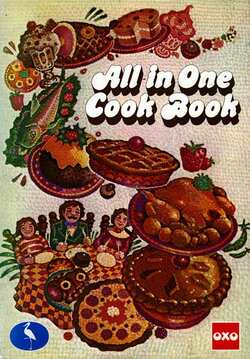 One of the many stork-sponsored recipe books (1976)

Margarine as a generic term, can indicate any of a wide range of butter substitutes. In many parts of the world, margarine has become the best-selling table spread, although butter and olive oil also command large market shares. Margarine is an ingredient in the preparation of many other foods. Recipes sometimes refer to margarine as oleo.

Unless margarine is specifically called for in a recipe, butter, olive oil or shortening is always preferable as modern margarines are often blended and contain high amounts of water which may be undesirable , especially when frying.

Stork was one of the first brands of margarine in the UK, which appeared after the end of the second world. One of its long running advertising campaigns was "Can you tell Stork from Butter?"

Some of our historic recipes issued by the Ministry of Food call for margarine, which in the 1950's was probably Stork margarine. I would be inclined to use butter or olive oil for these recipes.