The French region of Alsace 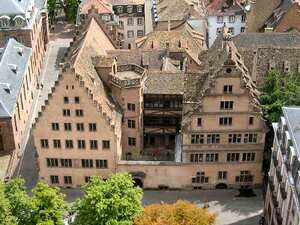 This wiki category contains information and photographs on cheeses from the Alsace region of France.

Alsace is in the extreme east of France and adjoins Germany. Originally part of the Holy Roman Empire, it was shunted back and forth between German and French sovreignty four times in 75 years during the 19th and 20th centuries. It is a region very much influenced by its German history and this is reflected in its food. Two départements make up the region of Alsace - Bas-Rhin and Haut-Rhin.

The following 16 pages are in this category, out of 16 total.